Make sure you have a version of git installed and have a GitHub account.

Fork the repository https://github.com/rhaas80/spin2020 into a repository of your own and clone your forked repository to your laptop. 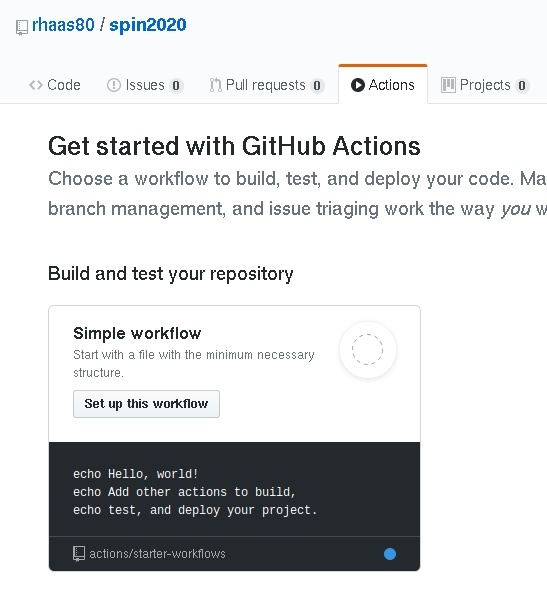 As part of the project we would like to implement as much of the functionality currently offered by Jenkins as feasible. You can have a look at a sample Jenkins report for a test run that resulted in some failures on: https://build-test.barrywardell.net/job/EinsteinToolkit/1672 using the user name Albert and password Einstein .