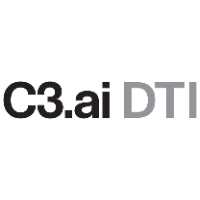 Is Local Information Enough to Predict an Epidemic?

While simpler models of epidemics assume homogeneous mixing, it is clear that the structure of our social networks is important for the spread of an infection, with degree inhomogeneities and the related notion of super-spreaders being just the obvious reasons. This raises the question of whether knowledge of the local structure of a network is enough to predict the probability and size of an epidemic. More precisely, one might wonder if by having access to randomly sampled nodes in the network and their neighborhoods, we can predict the above quantities. It turns out that, in general, the answer to this question is negative, as the example of isolated, large communities show. However, under a suitable assumption on the global structure of the network, the size and probability of an outbreak can be determined from local graph features. This research is joint work with Yeganeh Alimohammadi and Amin Saberi from Stanford University.

Christian Borgs is a professor of Computer Science in the Department of Electrical Engineering and Computer Sciences at the University of California, Berkeley and a member of the Berkeley Artificial Intelligence Research (BAIR) Lab. He graduated in Physics at the University of Munich and holds a Ph.D. in Mathematical Physics from the University of Munich and the Max-Planck-Institute for Physics. In 1997, he joined Microsoft Research, where he co-founded the Theory Group and served as its manager until 2008, when he co-founded Microsoft Research New England in Cambridge, Massachusetts, until he joined UC Berkeley in 2020. A Fellow of both the American Mathematical Society and the American Association for the Advancement of Science, his current research focuses on responsible AI, from differential privacy to questions of bias in automatic decision making.

Information on Call for Proposals

Announcing our Third Call for Proposals:

It is anticipated that up to USD $10 million in Research Awards will be awarded from this Call for Proposals. Proposals can request funding of USD $100,000 to $1,000,000 for an initial period of one (1) year.

**** We will be offering a virtual session with information on the CFP including an opportunity to ask questions early in January. Please keep an eye out on you email and this wiki page for more information. ****

Information on Call for Proposals